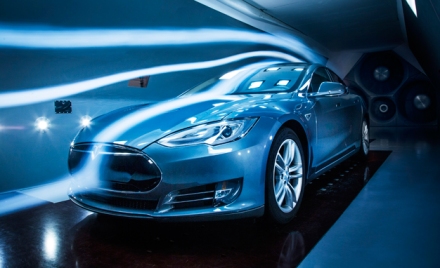 Automakers have been interested in the aerodynamics of vehicle design since the 1930s. Recently the effects of aerodynamics on fuel economy have made this a bigger issue in the race to improve gas mileage. So does the shape and design of a vehicle really make much of a difference on fuel economy?

There are lots of factors to look at, but the speed of the vehicle plays a big role in the results. A formula for the coefficient of drag (how easily a vehicle moves through the air) has the force against the vehicle as: coefficient of drag x frontal area x density of air x speed squared. These forces were once physically measured in a wind tunnel, but now sophisticated computer programs can give this information based on the shape of the vehicle. 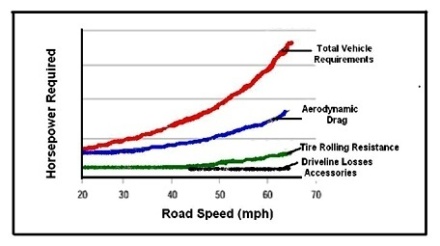 In stop-and-go driving, aerodynamics has little effect on fuel efficiency, but at 70 mph you have four times the force working against the vehicle than you do at 35 mph. If you take away ten percent of the drag coefficient in a typical vehicle, you could improve miles per gallon by .5 mpg. In the overall scheme of things, this can be a big deal.

So at Mitsubishi, they analyze the aerodynamics using Computational Fluid Dynamics, wind tunnels, and a variety of other tests. For the Mitsubishi Mirage, they optimize the shape of the side of the body for flow around the front corner.

To reduce the negative pressure area of the wake, they designed the optimal sleek shape from the B-pillar to the rear of the body.

They made the end corner sharp to stabilize the separation point of the air flow that reduces drag.

They designed the roof so that it slopes gently down from the top to the spoiler end, further reducing the drag.

But there is more to it than just a streamlined exterior design. Factors like engine-cooling air flow, wheels, suspension, and under-vehicle air flow all have to be considered. By fine tuning with belly-pans, spoilers, and air dams, designers strive to achieve the desired aerodynamics. With most trucks having a coefficient of drag value of maybe 0.40 to 0.43, SUVs 0.36 to 0.41, and cars 0.30 to 0.34, the Mitsubishi Mirage is doing pretty well at an impressive value of 0.27.

By discovering the most efficient shape, will all vehicles end up looking basically the same? Could automakers attain their aerodynamic goals only to end up with ugly? Not to worry, the car-buying public wants 400-hp sports cars, seven-passenger SUVs, and 5,000-pound-capacity tow vehicles. They want them to have great gas mileage, but they also want unique designing that looks good.

Who Knew? – Aerodynamics do affect fuel efficiency, and we now have the technology to design efficiency, but hopefully automakers are not going to cookie-cutter the world’s most aerodynamic vehicles that no one wants to buy.